A holy month is approaching, and we’re all getting ready for a joyful feast. Christmas is considered the most important occasion in Mexican culture, and people celebrate it with fabulous food, music, and faith. However, the basic facts are, Mexicans are also well-known for their broad flavor of desserts.

If you love eating savory-sweet dishes, you might find Traditional Mexican Christmas Desserts enjoying. There are a variety of Mexican sweets that you can offer to your family and friends throughout the Christmas season.

This article is all about traditional Mexican sweets. The 12 most popular Mexican Christmas desserts are listed below. Check out them-

When it comes to Christmas, New Year’s Eve, or any other type of celebration, Buñuelosis usually the most popular dessert to serve. It is a delicious traditional Mexican dessert made of fried dough coated with cinnamon and sugar. It’ll be the perfect Christmas dessert to offer with a hot cup of coffee or with a dipping sauce for the most incredible taste.

Mexican flan is a classic, creamy and light dessert, making it the perfect treat to serve on Christmas. You can make this delicious Mexican flan using eggs, evaporated milk, and condensed milk.

Also, adding coconut milk, vanilla, coffee, or cream cheese can taste this recipe differently. If you don’t have an oven, you can prepare this flan with a big pot in a water bath over medium heat.

It is one of the easiest desserts to prepare for any special occasion like; Christmas or Birthday Party. It’s beautiful to look at and excellent to eat. Sweet cream sauce, strawberries, vanilla, condensed milk, and sour cream are all packed into this dessert. The only thing you need to do is toss the strawberries into the mixture and stir it all together. It simply takes 10-minutes to prepare.

Though Rosca de Reyes is traditionally served on the Epiphany during King’s day, you can also serve it on Christmas Eve. According to Christian tradition, it celebrates the arrival of the three wise men who followed the star to Bethlehem carrying presents for child Jesus.

It’s a loaf of bread scented with orange and adorned with dried fruits. Also, while baking this bread, you can add white figurines to symbolize the child, Jesus.

Like a lemon bar, a margarita bar is always a crowd-pleasing dessert at any event. Few ingredients are needed to make this margarita, such as flour, eggs, limes, butter, pretzels, sugar, and tequila. This shortbread crust has a creamy lime filling and a crunchy texture. You can make it ahead of time and keep it in an airtight container or frozen for up to three days.

Jericalla is an authentic Mexican delicacy that comes from the city of Guadalajara. It’s prepared using sugar, milk, cinnamon sticks, vanilla, and eggs, among other ingredients.

It has a golden burned top. The taste of Jericalla is like crème Brulee and has a flan-like creamy texture on the inside. You can also use the broiler for 5 minutes to sear the ramekin pots for the best golden-burned look.

Once it has cooled down properly, refrigerate it for at least two hours. To make it look more festive, serve it with a dollop of whipped cream and strawberry.

For Christmas, nothing can compare with this Ensalada de Nochebuena. In Mexico, it’s an old Christmas custom to bake this dessert. In the previous form of making this dish, sugar cane and lettuce are used. On the other hand, the new recipe is much fruitier and tastier.

There are a variety of fruits and vegetables in this combination, including jicama, pineapple, pomegranate, guava, apple, Tejocote, and orange. It’s easy to cook and a low-fat, high-nutrient dish.

Churros is the most loveable dessert in the entire world. It’s a tender and fluffy dessert from the inside. Sugar and cinnamon are used to coat churros in Mexico. These cinnamon-flavored churros feature a crispy ridges exterior. It’s a beautiful Christmas dessert, especially with handmade chocolate dipping sauce.

Conchas, or bread, is one of the most well-known and Traditional Mexican Christmas desserts. A concha, which translates to “shell” in Spanish, has a shell-like appearance. It’s a Sweet and soft bread with a white covering. Also, Concha can be made in various colors, including pink, brown, white, and yellow. It’ll undoubtedly bring a festive touch to your Christmas eve. To the people, it’s also known as a Pan Dulce.

I promise you that this is the tastiest corn cake you will have tasted ever. It’s a luscious, sweet cake that is also simple to make. Use either frozen or uncooked corn for this dish, depending on your preference. Sprinkle cinnamon and a little honey on top of this dish before it’s ready to serve.

Even though it says “fried,” this ice cream isn’t really fried at all. It’s an ice cream that’s been topped with whipped cream and coated with crispy cinnamon breading and cinnamon sugar. In addition, you can add caramel sauce or a chocolate dessert with this dessert. You can try this unique and delectable dessert to make your Christmas day sweeter.

A delicate sponge cake known as marbled tres leches cake is drenched in a sauce made from a combination of evaporated milk, condensed milk, and heavy cream. Its popularity spans the Americas, from Mexico to the United States to Latin America.

Additionally, adding berries and whipped cream to this cake’s flavor creates sweet magic. Besides, it is the ideal dessert to serve on Mother’s Day, Christmas, or to start the strawberry season.

These Christmas Gelatin Cups are a perfect dessert for the holidays, get-togethers, and Christmas parties. Christmas jello cups are decorated in layers of perfect colors, such as green, red, and white.

Cookies are a common partner of snack time over the world. Mexican cinnamon cookies are top on the best cookies list. Everyone will enjoy these Mexican cookies’ sweet flavor and buttery texture on Christmas day. The ingredients include butter, powdered sugar, salt, vanilla extract, and cinnamon.

Additionally, they are frequently offered at Mexican weddings, although you may find them year-round due to their delectable flavor. One cup of hot tea and some Mexican cinnamon flavor cookies on a summer evening- wow, it is just an emotion that I can’t define in words.

This chocolate chili is flavorful and delicious. It is simple to prepare at home. It combines dried chili flakes, ancho chili, cream, egg yolks, dark chocolate, butter, and sugar. Additionally, you might top it with chili flakes.

In Mexico, cajeta casera is a highly well-liked dessert. It has a delightful, juicy, creamy, nearly nutty, and caramel-like flavor. Another excellent sweet sauce that mimics caramel and dulce de leche is cajeta casera. To make it, goat milk is used.

It is typically served with churros as a quick breakfast in the morning or as a late-afternoon snack. Besides, this champurrado is excellent for celebrations, holidays, and rainy days.

Sopaipilla is a fast bread and fried pastry popular throughout the Americas, notably in Spanish-speaking areas. It has an American doughnut flavor. Flour is used to make soapaipillas.

These Sopaipillas have a pillow-like shape and are coated in sugar before being powdered with honey. It can be offered as dessert.

Warm and inviting, this Mexican fruit punch is called ponche. It has a sweet and sour flavor. It contains apple, guava, pear, and orange. This Mexican poncho is typically served at Christmas and is seasoned with cloves, hibiscus, cinnamon, and tamarind.

Mexican pumpkin empanadas are a tasty snack. Cinnamon, canned pumpkin puree, cloves, and dark brown sugar are the main ingredients in this sweet and savory pumpkin filling. In addition, you can fill it with cheese, steak, chicken, or anything else. It’s excellent for breakfast. Slices of recent paneer are an option for serving.

This cake had a chocolate buttercream filling and was coated in chocolate fondant and ganache. It goes well with homemade strawberry compote.

It is a sweet yeast bread made with milk, flour, anise seed, dry yeast, orange zest, eggs, white sugar, and margarine. Also, Its taste is buttery and sweet. Moreover, Pan de Muerto is baked to celebrate Día de Los Muertos (Day of the Dead) and topped with a sugary orange glaze.

One of the top Mexican adult beverages and a favorite starter beverage for Christmas gatherings. Many people adore this wonderful beverage as a party beverage.

Fresh red cranberry juice and margaritas are wonderful combinations is this juice. This version of the flavor of the margarita consists of a unique flavor with a stunning purple hue.

What Do Mexicans Eat Tamales During Christmas?

Tamales are a staple dish at Mexican Christmas celebrations. In light of their religious convictions, Mexicans are more prone to partake in it during Christmas. They believe that God made people out of grain. This Christmas feast is customarily covered in cornhusks. It seems auspicious for their celebration.

What Food is Traditionally Eaten on Christmas in Oaxaca, Mexico?

What Are Christmas Tamales?

Christmas tamales are a festive delicacy served across Mexico. Cheese, vegetables, chiles, and chicken meats are stuffed inside corn leaves or banana leaves to make tamales. A spiritual significance is associated with this tamale. When Mexicans celebrate the birth of Jesus, they often eat tamales to feel extra lucky (Christmas).

What Is a Traditional Christmas Dish in Mexico?

What’s The Most Popular Christmas Dessert?

Even though we reside in various states or nations, some desserts are beloved worldwide. These are a few examples:

Mexican cuisine has a wide variety of tastes, and some of them are top desserts in the Western Hemisphere. Though some of their desserts are of Spanish origin, they have become Mexico’s most traditional dessert. There are hundreds of desserts to pick from for your Christmas party. I have created the 12-best traditional Mexican Christmas desserts list to save your time. I hope these desserts will add a little sweetness to your Christmas celebration.

Best wishes for Christmas and the New Year! 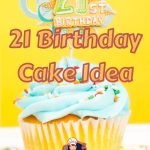